Product prices and availability are accurate as of the date/time indicated and are subject to change. Any price and availability information displayed on [relevant Amazon Site(s), as applicable] at the time of purchase will apply to the purchase of this product.

Coming to America casts comedian Eddie Murphy as pampered African prince Akeem, who rebels against an arranged marriage and heads to America to find a new bride. Murphy’s regal father (James Earl Jones) agrees to allow the prince 40 days to roam the U.S., sending the prince’s faithful retainer Semmi (Arsenio Hall) along to make sure nothing untoward happens.

To avoid fortune hunters, Prince Akeem conceals his true identity and gets a “Joe job” at a fast-food restaurant. Murphy and Hall play multiple roles, and there are innumerable celebrity cameos peppered throughout the proceedings including the Duke Brothers (Don Ameche and Ralph Bellamy) from Trading Places. 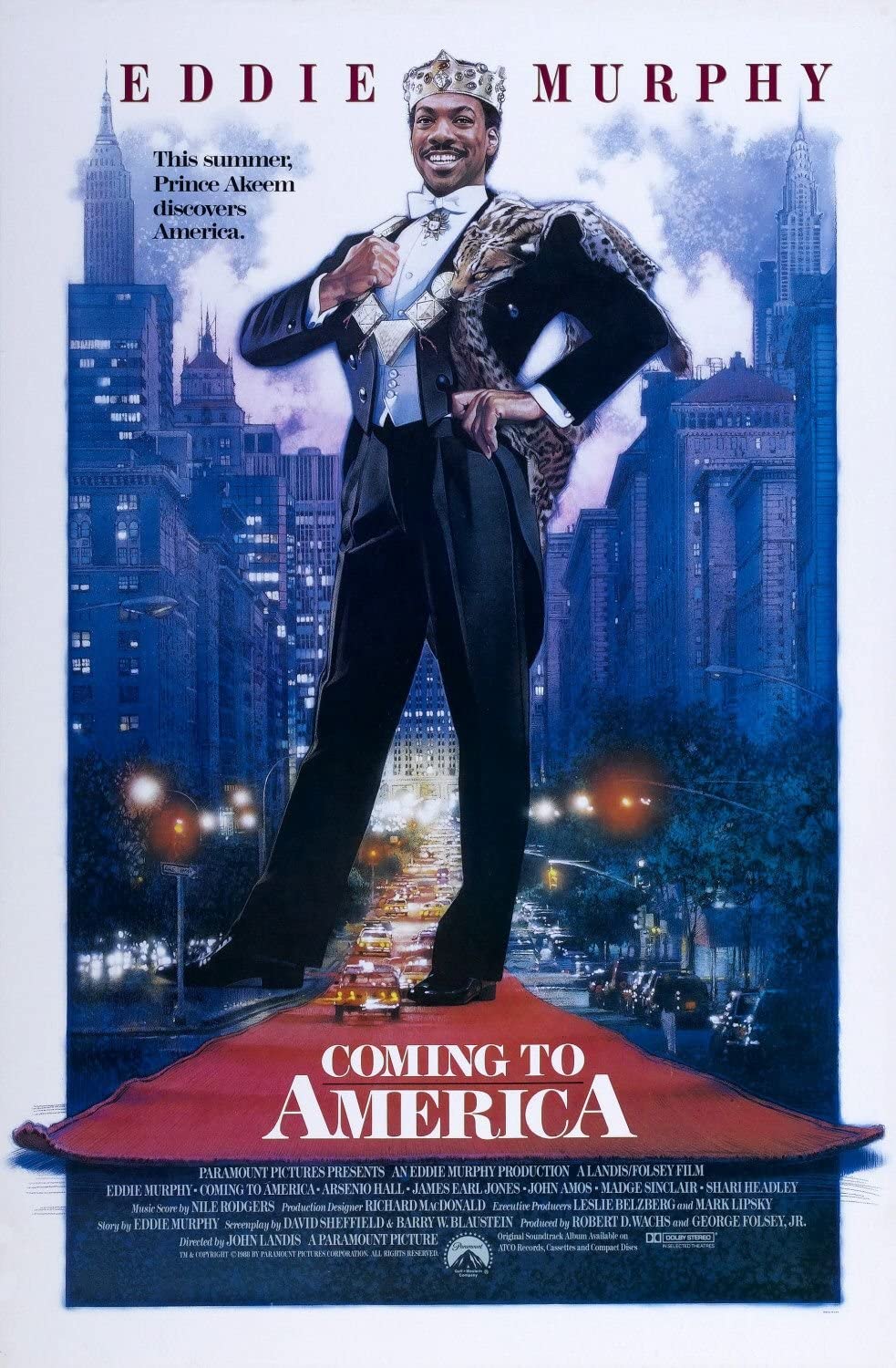