Yes, God, Yes is an American comedy-drama film written and directed by Karen Maine and starring Natalia Dyer. It is Maine’s directorial debut, based on her 2017 short film of the same name also starring Dyer. 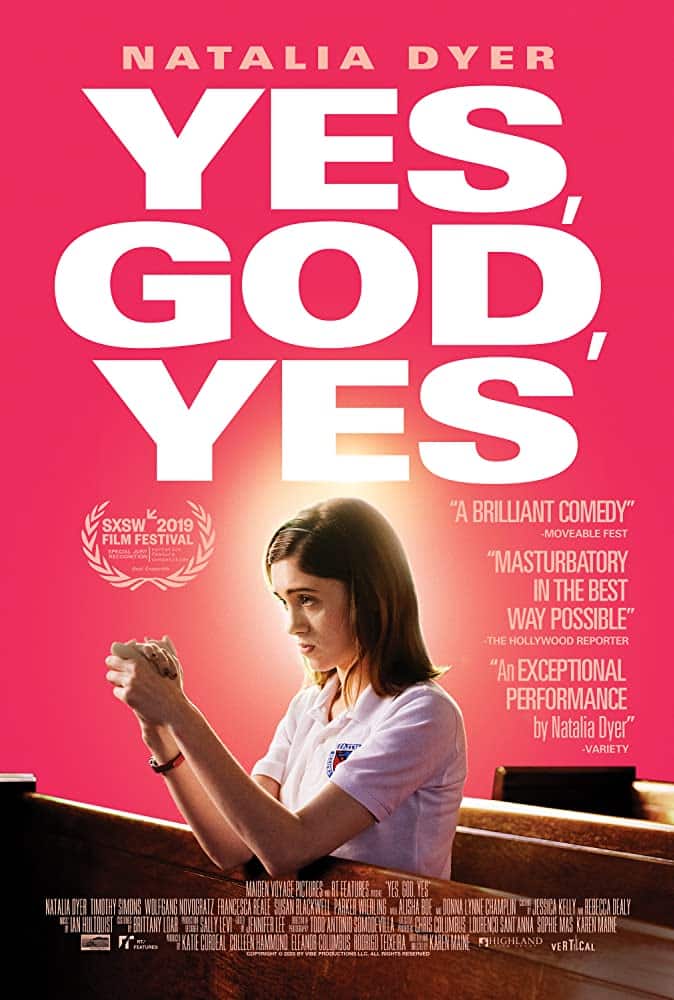